Light must be planned.

Wouldn’t it be great if we could just skip all of that pre-production madness and figure out the lighting when we get on set? NO, it would be horrible. When it comes to narrative filmmaking, planning is key. “If you fail to plan, you plan to fail.”

Ideally, you should read the script and communicate heavily with the director in order to understand the needs for the story and also each individual scene. Remember, lighting plays an important role in storytelling.

For example, a horror movie would be less scary if each scene was lit brightly and evenly. We are afraid of what we cannot see, so the lack of light plays a major role. What is lurking in the darkness waiting to lurch out at any moment? It is a great example of how you can light to help drive the tone of the story. Scene lighting is more involved than simply illuminating a space.

The goal is to bring dimension and texture to a 2 dimensional medium – to make it as life-like (3 dimensional) as possible.

Rembrandt, a 17th century artist, knew a thing or two about adding dimension to his paintings. 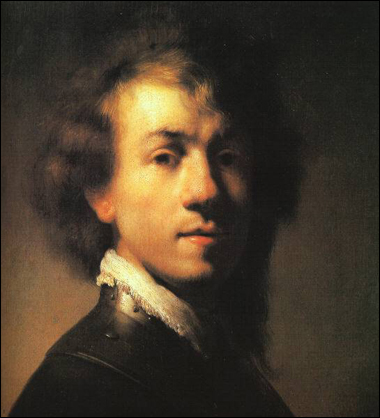 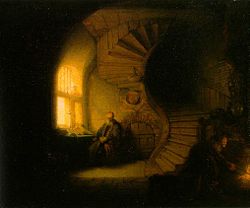 You will notice how the use of shading and varying brightness throughout the painting actually serves to give it more dimension and life-like qualities (fancy term for this: chiaroscuro). If an artist can achieve this with a paintbrush, we can also do so with our lighting techniques. Don’t believe me? Look below. 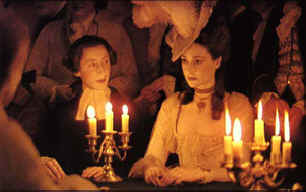 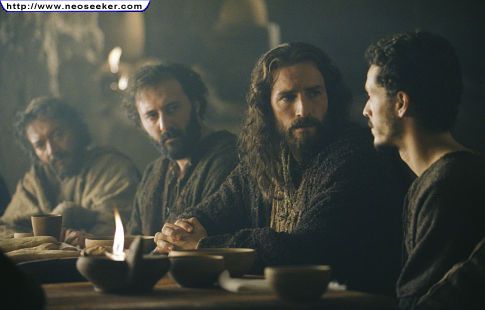 The Passion of the Christ

This term is used to describe a lighting style that utilizes pools of light and shadow, and it has a high contrast ratio.  What is a contrast ratio? It is the comparison of the strength of the key light (main source of light) to the fill light (the light that fills in the shadow areas). The higher this ratio, the higher the contrast. This can also serve to heighten the drama. Recall the pictures from above. To get a chiaroscuro effect, you need to be aware of  how to use contrast ratios. Black & White films relied heavily on this technique. Since ‘color’ wasn’t an option in their toolbox, filmmakers relied on contrast to bring dimension to their images. 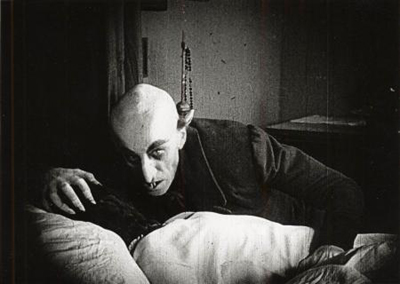 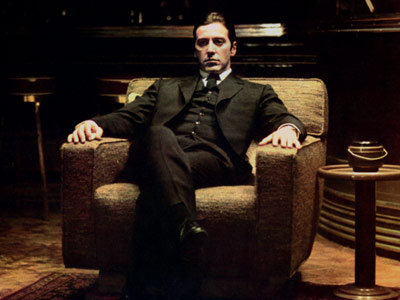 Both of the above images would be considered low key because they have high contrast, but they have different contrast ratios. Notice the different levels of contrast on each subject and how it provides modeling.

…..and High Key Lighting does not have a high contrast ratio. Common examples of this are typically comedies and daytime talk shows. 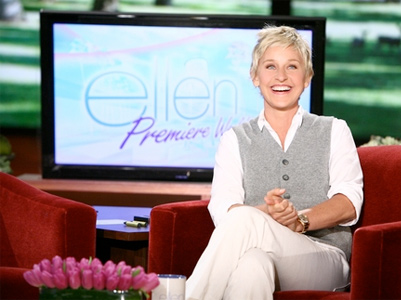 It is a lighting scheme in which the fill light is raised to almost the same level as the key light – it is overall a ‘bright image’ with few dominant shadows. High Key Lighting is more even and flat than Low Key Lighting. Lighting techniques can vary within a movie – it all depends on what the story calls for.

Hard light is very directional; the light rays that reach the subject are nearly parallel. This serves to create harsher edged shadows and modeling. More details, such as wrinkles and blemishes, are revealed when hard light hits the face. Sometimes this is a desired effect, to see more texture. However, in most beauty product commercials or fashion photography, you will notice mostly soft, flattering light illuminating the subject’s face. Using hard light to reveal texture elsewhere within a scene can be a very powerful tool. This is not to say that hard light should never be used to illuminate a face; it is dependent upon the look you are trying to achieve. Lastly, hard light comes from sources that are smaller in relation to the subject. 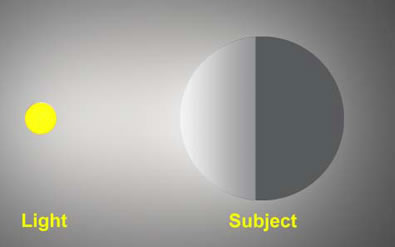 Soft light tends to wrap around objects and casts shadows with soft edges. It is also used when shadowless light is desired. The rays of soft light are more scattered than the near-parallel rays of hard light. This means that the subject will be illuminated from multiple directions, which creates softer edges. 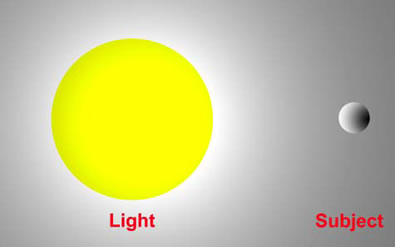 The softness of light is dependent on two main factors:

1. the distance of the light source to the subject. The closer the source, the softer the light.

2. the size of the source. The larger the source, the softer the light.

“I think that soft lighting is very limiting. There are certain scenes or certain locations that call for that, or certain kinds of moods or atmosphere. I think that soft lighting mainly came as a result of the fact that film reacts a little bit differently than our eye does to light. Soft light was a means of achieving on film what we have a tendency to see with our very own eyes. You rarely see lighting in real life with real strong back light.”  —Caleb Deschanel (from the book Film Lighting: talks with Hollywood’s cinematographers and gaffers)

Soft lighting often appears more natural while some uses of hard light can look very artificial and ‘sourcey’. Soft light has grown in popularity over the years as film stocks and sensors have become more sensitive. Back in the studio days, hard lighting – and lots of it –  delivered the punch needed to achieve proper exposure. This isn’t to say soft lighting was never utilized during that time. Watch many classic films and you will notice hard shadows – sometimes double shadows.

Soft light is much harder to control than hard light. It tends to spill all over, and often very large gobos are needed to cut the light from falling on the walls and direct it only toward the subject (for example).

Soft light and hard light are just tools in the cinematographer’s toolbox. It is possible to mix both styles, no need to choose one and never consider the other – there are uses for both! Always ask yourself, “What are the opportunities and needs for lighting in this scene?”

For more helpful information on the topics briefly covered, I highly recommend the following book: “Film Lighting: Talks with Hollywood’s Cinematographers and Gaffers”

Liz’s Lesson:
Every decision made about the quality of light
ultimately affects the image and the story.

Please: Leave us comments! Let us know what you think about the blog and the project, and tell us what you want to see or hear more about! Like we said in our first blog post, this blog is “about you almost as much as it is about us.”